Val d'Orcia is a large valley situated in the province of Siena, in Tuscany, north-east of the Mount Amiata, and not far from the Umbria border. The valley is also an important natural, artistic and cultural park, and from the 2nd of July 2004 it was declared a Unesco World Heritage site. The villages belonging to Val d'Orcia are Castiglion d'Orcia, Montalcino, Pienza, also a Unesco site, Radicofani and San Quirico d'Orcia. Other important sites are Monticchiello , with its famous Teatro Povero, or Poor's Theatre, Bagno Vignoni, and its spectacular Piazza delle Sorgenti, a rectangular pool from the Sixteenth Century containing a warm thermal water source coming straight from a vulcanic spring, Montenero d'Orcia and Montegiovi.

Val d'Orcia is reachable from Siena through the Cassia along the traces left by the pilgrims who walked the Francigena one thousand years ago, to get to Rome. Among the typical features of Val d'Orcia, there is wine of course. Apart from Brunello di Montalcino, produced with Sangiovese grapes only, Val d'Orcia is also the land of origin of a red wine with the name of the valley. These wines are perfect drunk with the typical produce of the local tradition. Pecorino cheese from Pienza is one of the most delicious.
All the towns in the Valley deserve to be visited, just like the countryside that reach the grand Mount Amiata, which the large monolythe of the Tentennano Rook just in front, treasure and symbol of Castiglion d'Orcia.

The Museums in the Val d'Orcia Amiata area 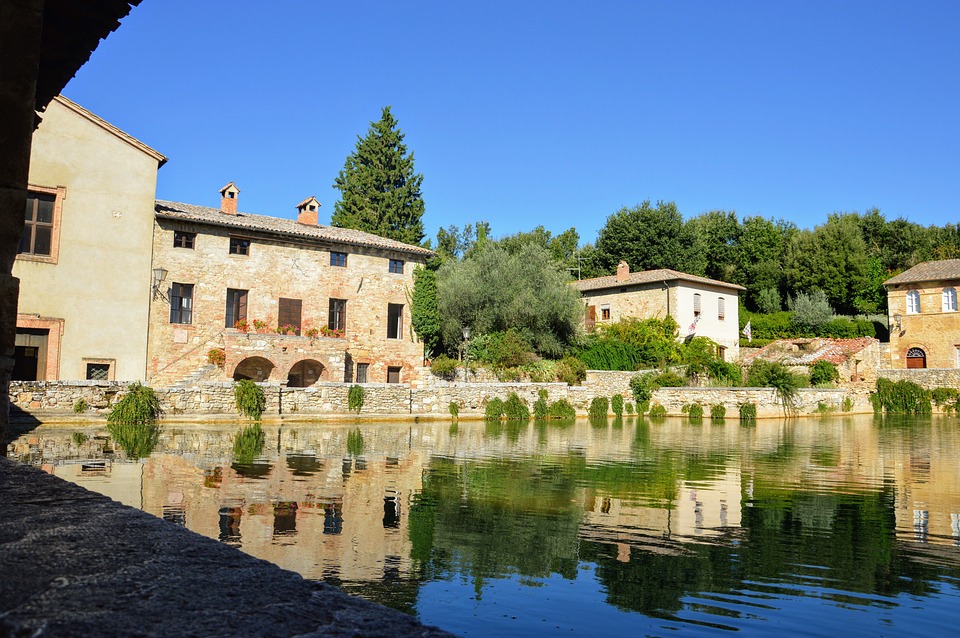 Price from 70 € per night per person

Farm-holidaying in a rustic building 300 m from the wine-making and zoo-technic farm covering 370 hectares, of woods and vineyards. 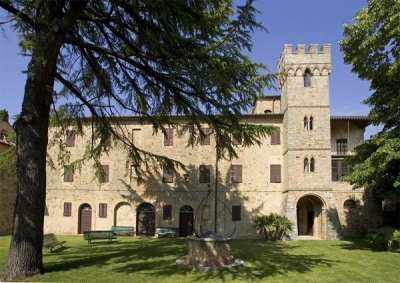 700 years of history of wine

Price from 00 € per night for two people

Services: Visits to the winery, events;

Located on the southwestern slope of the hill of Montalcino, holding 815 has, among the first producers of Brunello di Montalcino since the end of the nineteenth century. 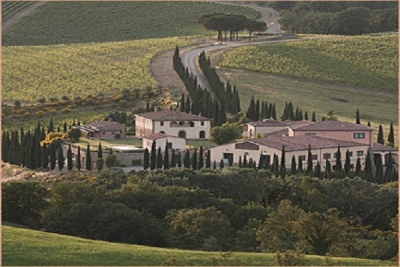 In a famous producer of Brunello

Price from 40 € per night  per person

Farmhouse furnished in a rustic style, keeps the 'atmosphere of the past, as far as the eye surrounded by vineyards. 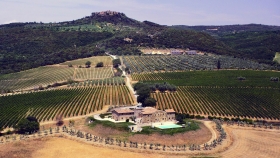 In the heart of Val d'Orcia

Olive and wine farm, 12 km from Montalcino. Guests are accommodated in separate apartments in a converted farmhouse completely renovated, with panoramic views of the surrounding hills and vineyards. 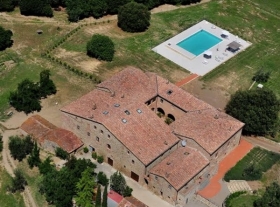 Between the hills of Brunello

Prosperous company of 230 ha of forest, pasture, arable land, olive groves and vineyards, welcomes you in a former convent beautifully restored, in the heart of Tuscan wine production 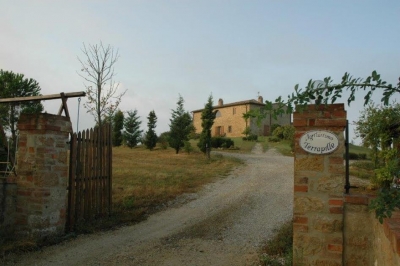 Located at 1.5 km from Pienza 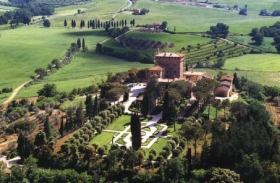 Take the time to discover tastes and traditions.

Palazzo Massaini can be found just over 4 kilometres from Pienza, spreading over the rolling hills of the Val d’Orcia Artistic, Natural and Cultural Park, a UNESCO world heritage site since 2004 – a prime location for its beauty, history and culture. It boasts an extraordinary view that seems frozen in time. Here the shapes and colours of nature change with the seasons, suggestive of the harmony shown in the Sienese School of painting. 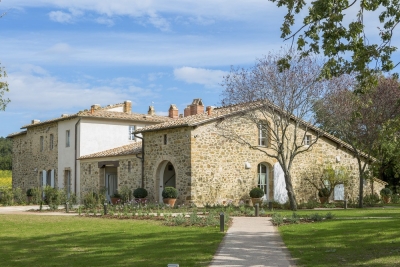 Is a real experience where you can taste our territory

The Foresteria, just 10 minutes from Montalcino, surrounded by olive groves and vineyards and overlooking the valley to  the south west, was opened after two years of careful and painstaking restoration to bring out and enhance all the architectural and structural aspects of the centuries-old “Podere Brizio”. 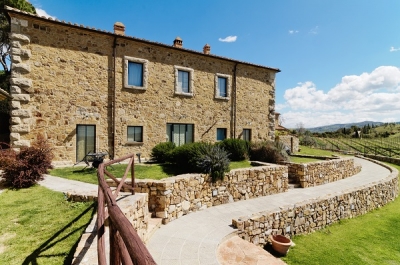 Price from 80 € per night per person

The wine-producing farm is in a panoramic position set between Val d'Orcia, Monte Amiata and Maremma. An ideal place to organize meetings and business conventions. Panoramic swimming pool with naturally warm water. 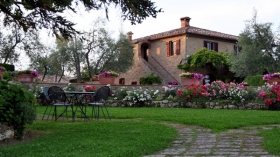 Price from 57€ per night per person

In the historic structure which has been carefully and completely restored, we offer hospitality to those who seek a completely relaxing vacation in a warm, friendly environment of rare beauty. 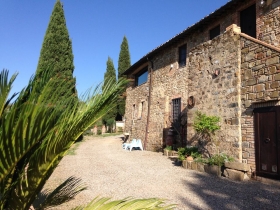 Welcome to IL BURELLINO, our farmhouse in Montalcino, land of the worldwide known Brunello di Montalcino, one of the finest Italian red wine. 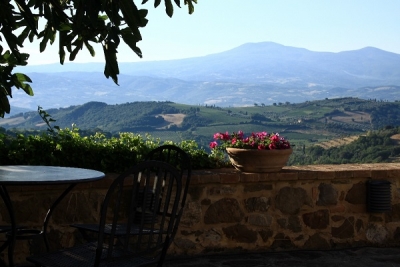 In the Val d'Orcia Park

In a panoramic position with view on the Mount Amiata it is an organic farm with 11 hectars of vineyards and olive trees.